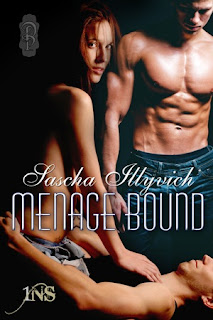 Summary: Siddella, a tired corporate executive needs a break from the hectic work life she leads. Overstressed, she wouldn’t mind if that break came in the form of two hunky dominant males that cater to dark fantasies involving bondage of both the mind and body.

Jason and Chase have yearned for a woman who fit into their relationship. She’d be sexy, confident, self reliant and kinky? Damn right she would be. But her most prized possession would her acceptance of them as individuals and a couple.

When all three are separately given 1Night Stand cards, they realize the chance of a lifetime. Are they ultimately ménage bound?

This is the first 1Night Stand novella I've read, and I wasn't disappointed. Siddella, Jason, and Chase have all been looking for someone(s) to fill that empty spot in their lives, and through different means gain possession of a business card for the 1Night Stand service, where all your desires can be fulfilled. This is how Siddella meets Jason and Chase and vice versa. Siddella wanted two men who could take control of her, and Jason and Chase are looking for a woman who will accept them and their relationship.

“Something the matter, Siddella? You can back out at any time.”
The tenderness came from Chase.
Back out? Hell no! Her body thrummed with so much sexual energy she could probably power the Vegas Strip for at least a week. She offered an innocent smile. “I’m good. Let’s do this.” Batting her eyelashes, she cocked her head to the side.
Jason smirked. “Do you want a safe word?”
The smart move would be to say yes. Somehow, she thought it wouldn’t be needed. But—
“Unlike my partner, I’m not asking. I’m giving you one. Wine bottle. If things get too heavy, you simply say wine bottle.” Chase didn’t look back at her.
His air of cool made her knees weak. “Wine bottle. Okay.” At least they were thinking of her safety. Yeah, they possessed the traits of true dominant males who valued her existence enough to give her a safe word. She smiled at the gesture.
The elevator dinged. Siddella started forward, but fingers gripping her shoulder stopped her. She looked back at Jason.
His eyes narrowed.
She let out a sigh. “Please, after you.”
Jason stepped into the elevator, followed by Chase. Then they turned and, with the slightest of movements, acknowledged Siddella, giving her permission to enter.
The material of her shirt began irritating her already hard nipples. Anticipation drove her wild. What would these men do to her?
What would start things off?
A few more moments would pass before she found out.
Two minutes later, the elevator reached the penthouse suite.
Doors opened at a snail’s pace.
Jason and Chase stepped forward, turned to face each other. Then they looked at Siddella and each extended an arm. Chase blinked. “Last chance before you step into the den of iniquity. You may always trust that we’ll keep you safe. If you refuse, we part ways now. No harm, no foul.”
“So,” Jason set a hand on his hip, “will you come with us?” 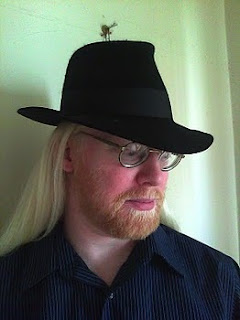 Represented by the Corvisiero Literary Agency, I continue to write for Sizzler Editions, Total E-bound and Decadent Publishing. Readers can find my work, plus free reads at http://saschaillyvichauthor.com. 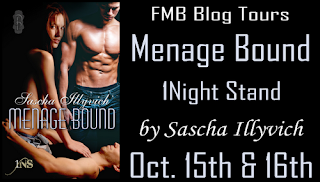