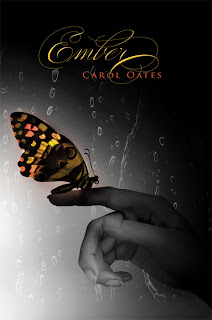 Summary: When Candra Ember wakes up in hospital after a dangerous encounter with a red-haired woman, she is shocked to discover that seeing a winged boy wasn’t her imagination. Candra is exposed to a world of rivalry and sacrifice she never knew existed, and the aftermath of a war to save humanity thousands of years ago. Soon she finds herself relentlessly stalked by Sebastian, a beautiful and arrogant Watcher Angel and romantically pursued by his darkly seductive rival, Draven. Ultimately, dubious about her own goodness, Candra’s very existence compromises a tentative peace in the city of Acheron.

This is another fallen angel story...but it's not like a lot of the others. Carol Oates writes a descriptive and passionate story that may be more suited for the New Adult genre. There's the classic love triangle with the girl caught in the middle of two streaming hot angels vying for her attention. But she also doesn't get many of her questions answered until well into the book (that parts not really different from other fallen angel stories. Secrets are never a good thing. But I can't wait to see what happens next. 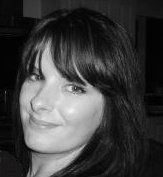 Carol Oates has never been one to remain still for long. After her mother’s mad dash to the hospital through the empty city streets of Dublin, Ireland, Carol made her debut into the world in the early hours of Christmas morning. Since then her pace has not slowed down in the least.

Carol was introduced to the world of supernatural books when, as a child, her family moved to a coastal suburb of north Dublin known as Clontarf; famous as the birthplace of Bram Stoker, the prolific author responsible for breathing life into the legendary story of “Dracula.” This stirred in Carol an early passion for reading about all things supernatural. When that passion was combined with a deep interest in the history and folklore of Ireland, as well as an active and vivid imagination, Carol Oates, the author, was born. Carol’s love of writing about anything not entirely “human" emerged.