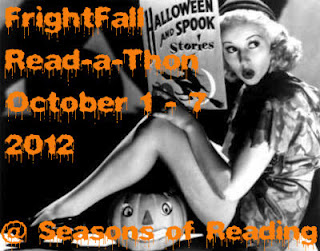 The FrightFall Read-A-Thon is hosted by Michelle @ The True Book Addict @ Seasons of Reading!!

My Goal:
Since I have so much going on during this first week of October reading-wise, I'm limiting myself to finishing just one book this time.
The Book: 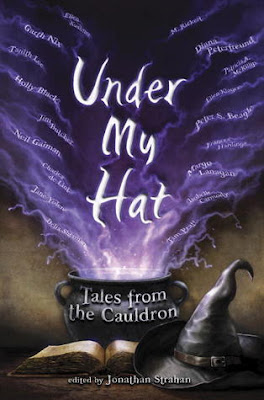 Under My Hat: Tales from the Cauldron

Broomsticks. Black cats. Pointy hats. They can mean only one thing—somewhere nearby, there is sure to be a witch. From fairy tale to film to contemporary fiction, witches cast their spells and capture our imaginations.

Now the biggest names in fantasy and YA literature have come together to create a little magic of their own. Neil Gaiman, Holly Black, Diana Peterfreund, Margo Lanagan, Peter S. Beagle, and Garth Nix are just a few of the authors who have toiled over their cauldrons and conjured up bewitching new creations inspired by and celebrating the might and mystery of the witch. Assembled by one of the most well-regarded anthologists in the science fiction/fantasy world, this rich, intelligent collection will enchant readers of all ages.
Posted by Christina @ Biblio Thoughts at 12:40 PM