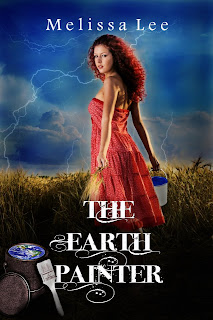 Summary: The Sculptor was alone. The world was gray, as it always had been.

And then the Sculptor said, “It is time…

With a word, three sculptures became aware. And they needed to paint.

There was Ocean, Sky, Land, and Life all painted into place.

Then it ended, just as quickly as it started. Then the painters were no longer needed.

And it was in this awareness that the battle began. And continues.

When a self-conscious young woman discovers the boy in drama class is actually the immortal who painted the world into being, she becomes the target of another painter who could shatter not only her new sense of hope, but her world, as well.

When Holly's father loses his job, her and her family move to her parent's hometown. Now Holly is starting at a new school and dreading every minute of it. But when she enters the theater for her drama class, she sees a boy sitting on the stage who no one else seems to notice. Thus begins Holly's emotional journey of self-discovery and finding a love that just may break her heart.

The Earth Painter is like an artistic version of the creation myth. There is the Sculptor (the Creator, God) who created a giant sphere, bit it was devoid of life or color. So he created three beings known as Painters. Each Painter had an assigned area--Walden paints the sky, Fritz paints the water, and Theo paints the earth (these are reminiscent of the Greek gods Zeus, Poseidon, and Hades). The Painters gave the world for and the Sciences--Physics, Astronomy, Biology, Geology, and Chemistry--gave the world function. But no Painter is to paint humans, that is strictly left to the Sculptor. Painters are not invisible, but they are to remain unnoticeable and not draw attention to themselves.

Now since Painters are basically unnoticeable, it brings about the question of why Holly noticed Theo without him drawing her attention to him. Only the Painters, Sciences, and their creations can notice each other without trying--and since human creation is only by the Sculptor's hand--what could possibly cause Holly to notice Theo? She can't see the other Painters or any of the Sciences without notice being brought to them. I had an inkling about the cause of this once a certain lost painting was mentioned, and I was right when it was revealed at the end.

Holly's mother is a character that annoyed my so much that, if I could have jumped into the pages of the book myself, I would have slapped her while yelling, "Grow up, woman!" I can't stand adults who behave like children in the sense of causing low self-esteem in their kids through verbal abuse and bullying--not to mention throwing tantrums when they don't get what they want. I really enjoyed seeing Holly grow out of her self-esteem issues and stand up to her mother, instead of allowing her mother to continue walking all over her.

Holly still retains some of those issues, though, when it comes to Theo. She develops feelings for Theo, but being a Painter, Theo can't feel human emotion. This leaves Holly confused, heartbroken, but still curious. There is a kiss that occurs that resulted in something so unexpected and surprising that the cliffhanger is going to leave me really curious about what will happen next. I can't wait to read the sequel to The Earth Painter! 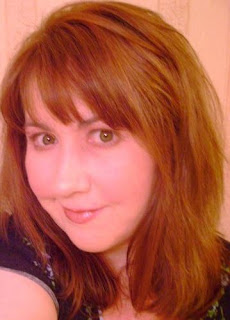 Melissa Lee is a wife and stay-at-home-mom of 3 young boys. She’s been making up stories in her head for as long as she can remember but only got serious about it in 2007, after reading Twilight and rediscovering her own dreams to write. Finally, she put her Journalism degree to use and started writing and hasn’t stopped since. She has studied fiction writing at various conferences, and from numerous writing coaches.

She signed her first contract with Crushing Hearts and Black Butterfly Publishing in 2011.

I got to drama a little late because my AP history class ran over. Ms. Jones walked to the middle of the stage. Paint splattered overalls replaced her normal dressy style “Listen up everyone. Our scripts still aren’t here so we are going to get busy painting scenery. We have canvases ready for painting. If you are talented in art, you can work on the forest backdrop. If you are not good with a paint brush, you are not excluded from helping. You will work on the stones walls for the castle. All you do with those is paint the whole canvas gray. Then later someone from the art department will go over it to make the stone outlines.”
She was about to walk off when she remembered something. “Oh and because of her excellent performance, Holly Scruggs will be performing her monologue for the parent teacher night scheduled next week.”
I stood there for a second while people half clapped and half chanted they were glad I’d done a good job instead of them as they got busy putting on paint smocks and heading to different painting stations.
I trudged up the steps to the stage and looked at the canvas destined to be stonewalls. I sighed grateful they had something simple I could work on. Surely, I could manage painting the whole thing gray. It was bad enough when my mom yelled at me at home. I didn’t want that here in front of everyone.
I grabbed a painting smock and snapped it up before grabbing a brush to dip in the bucket of gray paint.
“Why are you painting a gray wall when you could be painting a forest?” Theo asked from behind me.
I turned around so he could see me roll my eyes. “Um…because not everyone can paint like you.”
“Tsk…sure you can. All you need is a little guidance.” Theo took my hand and dragged me to the larger canvas no one had started on. I followed without protest. I didn’t mind Theo showing off to impress me. It was kind of flattering. My heart skipped a beat.
But instead of me standing back to watch him, he stood behind me, and took hold of my right hand while nuzzling his face by my ear.
“First, let’s start with green. The forest is made of different shades of green. Green means growth and life,” he whispered. His breath tickled my earlobe. Goose bumps pimpled down that side of my body in response. He guided my brush into the paint and then across the canvas with soft gentle strokes. My eyes fluttered when he tucked strands of my hair behind my ear. I’d never been held by a boy before. The feelings and thoughts were more than I could comprehend.
“If we mix the green with a touch of black, mix white for gray, we can create shadows.” He mixed the colors on a piece of cardboard box he held for a pallet.
We moved from side to side, up and down, covering the blank canvas with gentle strokes. His words still tickling each time he spoke. My heartbeat quickened and my breathing became a little more labored. I watched in amazement as my brush changed the canvas from white to shapeless shades of green and then into a forest thick with vegetation.
As the brush glided along the canvas, I breathed in deeply, the scent of pine trees rushed up my nose. I shook my head and tried to focus on the trees we were painting. The flat painted trees suddenly became three-dimensional. A brown and white bunny hopped into a bush and stirred the leaves, causing me to turn my head towards the motion just before a squirrel scurried up an oak tree carrying a nut in its mouth.
I swallowed and my breath caught as the trees began to surround me. For a second I was sure I was in a real forest. I could smell it. I could hear the leaves rustle while at the same time I could feel Theo still holding me guiding my brush across the canvas. My knowledge of what was true and my senses were in conflict.
Was the room spinning? My stomach was moving with it, or at least it felt like it. My mind couldn’t process what I saw or thought I saw while painting. I was sure the paint fumes were making me high. I had to get away from them. I stepped back from the canvas to get a grip on myself.
The dizziness continued and my stomached tightened. My breathing became quick and shallow. The room grew dim while stars sparkled over me. I was afraid I might faint or throw up. I pulled out of Theo’s grasp and bent over to catch my breath. Ms. Jones and some of the other students looked up to see what was wrong with me. It was bad enough to feel sick, but it would be too embarrassing to throw up or faint in front of the class.
“Holly, did you paint that?” asked Ms. Jones—her eyes wide with wonder.
I looked up at the painting. The forest was immaculate, but just a flat painting, not the real one I was sure I’d just been in with Theo. 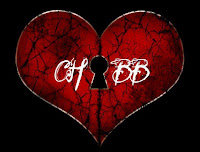 
I can write thousands of words about made up people and worlds all day long, but a couple hundred words for a blog ties my brain in knots.

That’s because I am a fiction writer. Fiction writing is like breathing to me. Before I started this vocationally, I always had stories and characters in my head. They got in the way at every job I’ve ever had, making me seem ditzy. I mean you can only listen to one person at a time and how do you explain to your boss that the people in your head won’t shut up and let you do your work? That will not only get you fired but carted off in a white jacket.

Last year, while putting away laundry in my son’s room I saw a teen girl in an auditorium. She was meeting a strange but handsome young man who was an immortal in the middle of a battle at her school and she was being invited to join it. I try not to be a nosey person in general, but when people take up residence in my head, I feel like I have a right to get to know them. So I asked these people in my head questions until I found out the girl’s name was Holly and the boy’s name was Theo and he was The Earth Painter, the artist responsible for all the beauty of the land. There were 3 painters in all, one land, one for sky and one for sea. But all three had been retired and the running of Earth had been given over to beings called Sciences. They brought logic and order to the pure creativity of the painters and continue to tweak it. But Fritz, The Water Painter, was not happy with how life on Earth turned out. There’s a secret buried under the high school and Holly must help Theo protect it.

Once I knew all that, I sat down and wrote The Earth Painter. But at the end of it, there was more to Theo and Holly’s story. That’s why I’m finishing up The Man Painter, due out November 2012. I hope you will read them and get to know the people living in my head and come to love them as I have. 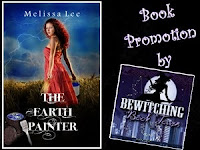 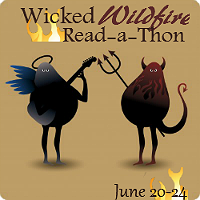