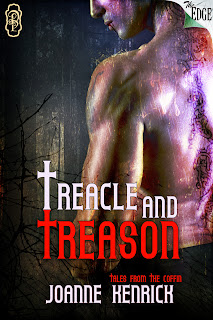 Summary: It’s Bonfire Night, but the fireworks in Estella’s boudoir are more impressive than any rocket or sparkler. She has more pressing things on her mind than trivial traditions like burning the Guy and crunching her canines on treacle toffee. A spot of unrequited love, and her little deady bear’s rotting body.

What better way to distract herself than to entertain you with a ghostly retelling of the infamous Guy Fawkes and the Fifth of November legend.

In York, England—new job, new life—Tansy finds herself both fascinated and scared by the haunted history this cobbled-street city has to offer. Determined not to let her fears chase her back to her small home town, she spends the night in the birth place of Guy Fawkes on the anniversary of his arrest. When she comes face to face with the spirit of Britain’s most notorious conspirer, he kisses her oh so scandalously. The ghost of his lover joins the interlude, and takes over Tansy’s body. Possessed by Marie, she is powerless to interrupt the passion exploding between them. Not that she’d want to. Pleasure abound, their story is unraveled…

I'm not really sure what to write. I think I would have liked Treacle and Treason a bit more if I had read the other books in the Tales from the Coffin series first. I was kind of lost as to what was actually going on. I did like that story that Estella tells of Guy Fawkes and the Fifth of November, though. So I would say for reader to really understand this book, they need to read the others that came before it. 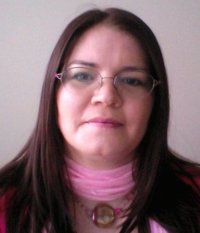 Born n bred Brit, JoAnne Kenrick grew up in a wee sea-side town in North Wales and has enjoyed a variety of vocations such as holistic healer, window dresser, and ghost tour guide. Having lived in Wales, England, and Scotland with her dear family, she finally escaped the dull British summers to reside in sunny Australia. After two years, they moved to the States where she endured three harsh winters in Minnesota. She now lives in North Carolina with her husband, two kids and two puddy cats. When they aren't demanding her attention, or jumping on her head, she strums away on the keys of her little laptop, creating worlds and adventures she could only ever dream of.

Come across the pond and faraway....with JoAnne Kenrick! Get exclusive sneak peeks at her new and upcoming releases by signing up to her quarterly newsletter here: http://tinyletter.com/joannekenrick 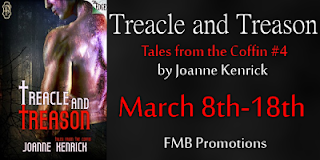