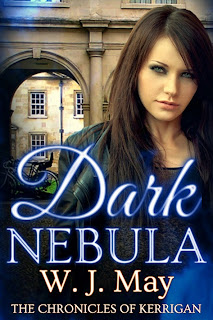 Tagline(s): Nothing is as it seems anymore.

Summary: Leery from the horrifying incident at the end of her first year at Guilder Boarding School, Rae Kerrigan is determined to learn more about her new tattoo. Her expectations are high, an easy senior year and a happy reunion with Devon, the boy she’s not supposed to date. All hopes of happiness turn into shattered dreams the moment she steps back on campus.

Lies and secrets are everywhere, and a betrayal cuts Rae deeply. Among her conflicts and enemies, it appears as if her father is reaching out from beyond the grave to ruin her life. With no one to trust, Rae doesn’t know where or who to turn to for help.

Has her destiny been written? Or will she become the one thing she hates the most—her father’s prodigy. 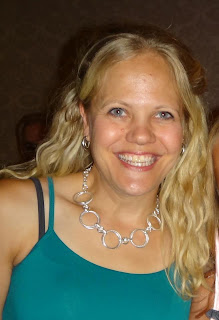 Wanita May grew up in the fruit belt of Ontario - St.Catharines. Crazy-happy childhood, she always has had a vivid imagination and loads of energy.

The youngest of six -- four older brothers, and a sister -- taught her at a young age to be competitive in all aspects of life.

At sixteen, she began competing in athletics (track and field) and before she turned seventeen, she was representing Canada in high jump. She continued to compete, breaking Canada's JR High Jump record (1.92m - 6' 3 1/2" for those metric-ly challenged). She attented University of Toronto, and Kansas State University - winning CIAU's and becoming All-American 6x - NCAA Indoors Runner Up + more.

Life continued with her husband (a distance runner from Liverpool, UK, who she met at KSU) and then their first, then second and finally third child. Their house became full of more imagination and stories.

After her father passed away in 2009, from a six-year battle with cancer (which she still believes he won the fight against), she began to write again. A passion she'd loved for years, but realized life was too short to keep putting it off.

Her first book, Rae of Hope - from the Chronicles of Kerrigan - will be available October 2011 by kNight Romance Publishing.

She is currently represented by Dawn Dowdle of Blue Ridge Literary Agency. Wanita is a writer of Young Adult, Fantasy Fiction and where ever else her little muses take her. 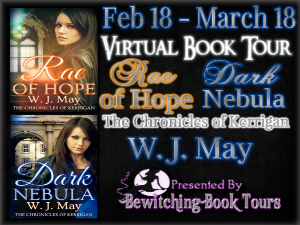