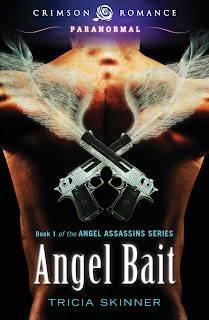 Summary: Saved by the angel sent to kill them, four half-angel boys are trained and employed as Heaven’s assassins. Jarrid and his nephilim brothers are raised as members of The Eternal Order, and must enforce Heaven’s laws by hunting down those who defy the Directorate.

His only shot at freedom is Ascension, but his employers won’t permit the ancient ritual. Then Jarrid learns a Renegade angel is in Detroit. Such a high-level take­down is the answer to his prayers—all the leverage he needs to Ascend.

For freedom, Jarrid is willing to do anything to lure his elusive enemy out of hiding.

Even use an innocent woman as bait.

News reporter Ionie Gifford has no clue an angel outlaw wants her dead. She agrees to help Jarrid, the enigmatic nephilim with penetrating silver eyes and a worship-worthy body, but only because he accepts her terms. He’s her all-access pass into the city’s supernatural underworld where she hopes to locate her mother’s killer.

Blind­sided by Ionie's beauty and tenacity, Jarrid soon finds the eternity-old glacier around his heart thawing. With duty and desire at war within him, he’s forced to make a choice—either save Ionie from the trap he snared and stay chained to Heaven, or allow her to become collateral damage. 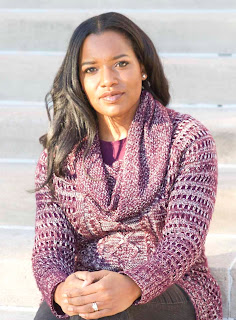 After spending several years as a newspaper reporter and corporate communications director, Tricia Skinner cast off traditional journalism for the freedom of novel writing. ANGEL BAIT is her urban fantasy romance debut. Her reading tastes are all over the place, but she’s mainly drawn to fantasy (and its sub genres), paranormal, sci-fi, and history.

In those rare moments when she’s not writing, Tricia is a newbie “green” practitioner, a fitness procrastinator, and a technology geek. She is a mother and a wife. Her family includes two Great Danes.

Tricia stays active in various writing communities. She’s the Web Editor for Pony Express(ions), the online literary journal of the Masters of Liberal Studies Program at Southern Methodist University; a volunteer with SMU’s The Writers Path; the Newsletter Editor and a Mud Puddle Critique Group moderator for the Fantasy, Futuristic, and Paranormal Chapter of Romance Writers of America. . In December 2012 she received a master’s degree with a Creative Writing focus from SMU.

She welcomes correspondence from readers. 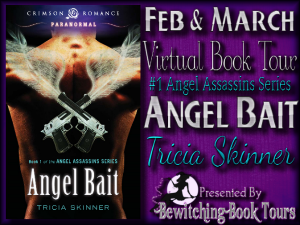