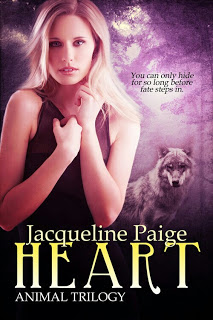 Tagline(s): You can only hide for so long before fate steps in.


Summary: Torn from her sheltered life, Rayne is alone and scared after she discovers her fiancé is not the man she thought he was. Unable to accept the corrupt world he belongs to, she flees to the furthest possible location she can reach on her own. Nothing could ever prepare her for the journey and what she finds out when she arrives.

Is she strong enough to survive on her own?

The epitome of the lone wolf, Devin stays in the wilderness and far away from people, avoiding the decision of whether to accept his title as leader and alpha of the pack. One alluring woman stirs up his resolve and passion when she disturbs his solitary world. The man inside is tempted in a way he can’t understand but his wolf knows he’s found his mate.

Can he have her without succumbing to the responsibilities waiting for him?

REVIEW WILL BE POSTED AFTER 12PM 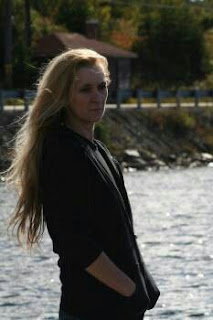 Is a world class multi-tasker being a mother to five adventurous and unpredictable children, a cafe manager and having a colossal imagination that allows her to step outside of reality into a world of paranormal romance --with just a touch of suspense.

Jacqueline lives in Ontario, Canada and avoids the ever changing weather of the region she lives in by creating other worlds to fall into in her stories of all things paranormal.

Her first book was published in 2009 and since then has published eight. She is always writing and currently has more than a dozen stories in one stage or another of the writing process.
Posted by Christina @ Biblio Thoughts at 12:00 AM