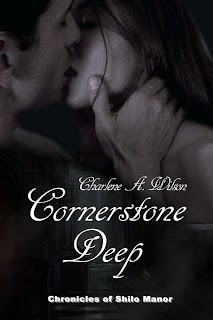 Summary: It’s their nature – long lives and rebirth. They’re from another dimension, one gifted with advance abilities, but they serve in Cornerstone Deep. They're the Wizards of Shilo Manor.

"We are of another plane. Only by ancient covenant do few know our true natures. We walk this world among you, beside you, loving you."

They outlive the mortals of this realm by thousands of years, and when it comes to love the cruel fact is reinforced. Reincarnation doesn’t exist on this plane. They lose their wives to death with no hope of reuniting. Yet they continue to accept others for whatever time they have together. Save for Cole. His love for his last wife still burns in his soul four centuries after her death.

When the service they render to the noblemen of Cornerstone Deep brings him face to face with Anna, something unexpected happens. In a realm of silent souls, hers calls to him. He responds with a kiss—one that joined with the spell of servitude she inhaled, binds her soul.

Breaking ancient covenants, angering the lords, and bringing the gods' wrath upon him, Cole tries desperately to undo his wrong and free his love—despite the determination of the nobleman to keep her.

"My life is a mirage of endless time. But you in this moment engulf me, rivet my mind, encompass my soul." 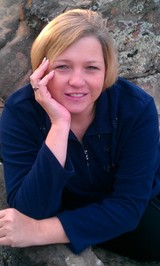 Charlene is an author of paranormal suspenseful tales that sweep you away to other dimensions. She weaves magic, lasting love, and intrigue into multi-layered story lines to immerse you into the lives of her characters.

She began writing in her early teens when her vivid dreams stayed with her long after she had them. The characters and worlds were so amazing, she brought them to life through her books. You can meet them now in her series, Chronicles of Shilo Manor, and soon in her series, Aumelan.

She resides in a small community in Arkansas, USA, with her two beautiful daughters, a gray cat, Chester, and a fluffy black dog, KooJo.