Tour Review: Fall For Me by K.A. Last (Giveaway) 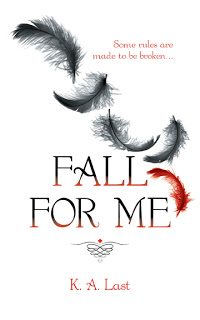 Title: Fall For Me

Tagline(s): “Angels aren’t supposed to fall in love, especially with each other. But for the record, you were worth it.”

Summary: Grace Tate is a Protection Angel and Vampire Hunter, and she has always followed the rules. But some rules are made to be broken…

Until now the fight against evil has been simple, and falling in love was never part of the plan. So what happens when it’s beyond Grace’s control, and when she least expects it she falls for the wrong person?

All hell breaks loose, that’s what.

At Hopetown Valley High, not everything is as it seems, and the one person Grace thought was her enemy becomes her most important ally.

Blood will be shed, lives will be lost and friendships will be tested. It all comes down to one decision, and when Grace tries to save all those dear to her, she realises not everyone can be—or wants to be—saved.


Name: Archer Henry Tate
Biography: Archer is Grace’s twin brother and the sixth Hunter in the Tate family. Because he was born alongside an angel he has above average strength and speed, among other abilities. As the male, it’s his responsibility to keep the linage going. But sometimes things don’t always go to plan.
Age: 17
Height: Five-feet, ten-inches
Weight: 70kg
Body Type: Toned but not overly muscular.
Complexion: Tanned.
Eyes: Hazel.
Hair: Sandy brown.
Clothing Style: On weekends you’ll find him in jeans, boots, and a T-shirt.
Speaking Style: Archer is pretty cocky and has a smart mouth.
General Demeanour: Archer is the class clown, the one who is always cracking jokes, or riling someone up. He’s pretty happy go lucky most of the time.
Career: Vampire Hunter.
Prejudices: Seth. He hates the guy.
Best Qualities: Archer is extremely loyal to his friends and family, especially Grace.
Weaknesses: His mouth often gets him into trouble.
Hobbies: Staking vamps and annoying Grace.
Talents: Strength, above average speed, and the ability to suppress normal human functions such as slow his heart rate down. 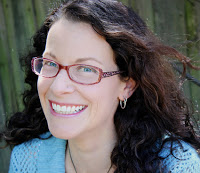 K. A. Last was born in Subiaco, Western Australia, and moved to Sydney with her parents and older brother when she was eight. Artistic and creative by nature, she studied Graphic Design and graduated with an Advanced Diploma. After marrying her high school sweetheart, she concentrated on her career before settling into family life. Blessed with a vivid imagination, she began writing to let off creative steam, and fell in love with it. She now resides in a peaceful leafy suburb north of Sydney with her husband, their two children, and a rabbit named Twitch. 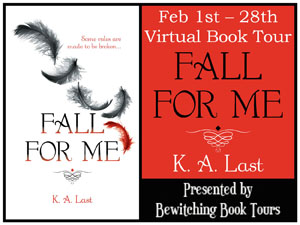