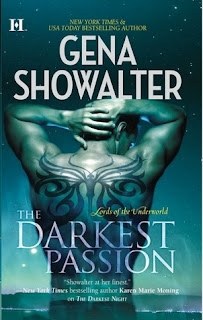 Summary: For weeks, the immortal warrior Aeron has sensed an invisible female presence. An angel-demon-assassin has been sent to kill him. Or has she? Olivia claims she fell from the heavens, giving up immortality because she couldn't bear to harm him. But trusting - and falling for - Olivia will endanger them all. So how has this mortal with the huge blue eyes already unleashed Aeron's darkest passion?

With an enemy hot on his trail and his faithful demon companion determined to remove Olivia from his life, Aeron is trapped between duty and consuming desire. Worse still, a new executioner has been sent to do the job Olivia wouldn't...

Aeron, Keeper of Wrath, has been freed from his blood lust curse thanks to the sacrifice his friend Paris, Keeper of Promiscuity, made by giving up the one woman he can't forget. Aeron has taken it upon himself to care for Paris, who has fallen into a dangerous depression, as a way to repay his friend for saving him. But Aeron can't understand Paris's draw to a human, with their short lifespans and weaknesses. And he feels that he has no need for such things.

"One day, someone's going to fascinate you, draw and ensnare you, and you'll crave her with every cell in your body. I hope she drives you insane. I hope, for a little while at least, she denies you, leading you on a merry chase. Perhaps then you'll understand a glimmer of my pain."

These men are more honorable and unselfish than their counterparts, the Hunters. Would a Hunter give up his own happiness to save another Hunter, like Paris did for Aeron? From what I've seen of them so far in the series, I think not. The Lords are far from the evil the Hunters accuse them of being.

After Aeron pretty much dares Cronus to bring him a woman who will "torment and deny" him, he meets Olivia. Only thing is, Cronus didn't send her and it's Aeron who torments and denies her. Olivia is the angelic presence that Aeron had felt watching him. But unable to fulfill her orders to kill him, she fell from the heavens. "So here I am. Yours." She fought her way out of hell to be with Aeron. The Problem? Legion hates Olivia and wants to kill her. But because of the sacrifice Olivia made to save Aeron's life, he won't allow it. Thus begins the catfight to end them all. Legion won't let Olivia have Aeron without a fight.

This leads Legion to literally make a deal with the devil. Lucifer offers Legion a human body more beautiful than Olivia's, and she'll be able to keep it as long as she can seduce Aeron into sleeping with her. But such deals are never that easy. Let's just say that if Legion fails, Lucifer's revenge against the One True Deity will be way easier to achieve. And he wants his High Lords to make it possible.

We meet a new Lordess in The Darkest Passion. Her name is Scarlet, she's Rhea's daughter, and the Keeper of Nightmares. Scarlet seems familiar to Gideon, Keeper of Lies, but he can't remember from where. "Well, well, well. Lies. It really is you. We're together again at last." Scarlet apparently knows Gideon very well, she even claims to be his wife. TO PART IS TO DIE. This line will be very important in the future.

A few other tidbits we learn in this book are that The Unspoken Ones will give the Lords the Paring Rod for Cronus's head; Olivia reveals some details about Ashlyn and Maddox's babies (yes, I said babies);  and Cronus and Rhea are more like the Lords than they ever thought. Quite a lot happens in this book.

**SPOILERS** Finally, Danika finishes a new painting that fortells Aeron's death. According to Lysander, the only way to protect those he loves is for Aeron to die. Let me tell you, it broke my heart when Wrath said goodbye to Aeron, then my heart was shattered when the other Lords came out and saw what happened to Aeron. Their grief was palpable and I get teary just thinking about these strong warriors weeping for the death of their friend.

Something good did come of Aeron's death. There may be a way to free Baden, the former Keeper of Distrust and Aeron's best friend, from the afterlife realm Zeus created for the Lords. Aeron swears to Baden that he will find that way to release him. 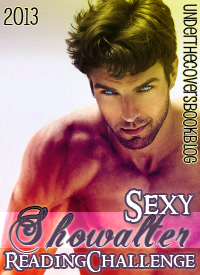 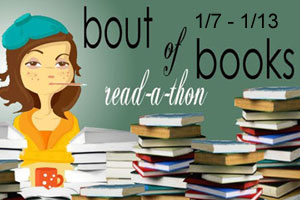