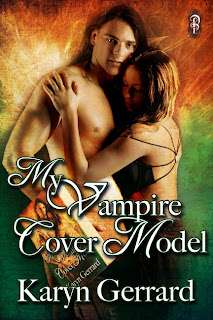 Summary: Life changed for Deanna Brooks the night she attended a book signing for her aunt's best-selling paranormal romance series. There she met Burney "Burn the Cover God" Sheridan. The model for the fictional vampire hero, Burn is beyond handsome with an overabundance of Irish charm.

Burn Sheridan, a man with scores of past lives, has a secret: He really is a vampire. Meeting Deanna was agony because for the first time in over two hundred years, Burn experiences the rarest of vampiric needs, the "mate of his soul" connection. Keeping people at a distance had been Burn's existence for centuries, but Deanna makes this pledge of staying detached impossible.

Many obstacles lie ahead and the biggest of all may be Burn himself. Can Deanna and Burn overcome them and find lasting love?

Deanna's chance encounter with Burn changes both their lives. Dean doesn't believe in the kind of love that her aunt writes about in her paranormal romance novels. Burn, after centuries of detachment, feels the rare "mate of the soul" connection when he meets Dean. The only things standing in their way are the fact that Burn is really a vampire and his fear of being rejected by the one woman who can love him forever.

My Vampire Cover Model isn't a very long story, but it was packed with emotion. I thought it was pretty awesome that Dean and Burn met at a book signing. At one point, I thought this story was going to end in heartbreak, but a second chance (or maybe fateful) encounter changes that. I loved this story so much and I really wish there was more to Dean and Burn's story. My Vampire Cover Model would make a great prequel to a full length novel or a series.

Deanna tapped her sandaled foot in annoyance. She didn’t want to bother with the guy, but Janice insisted, bouncing on the balls of her feet in excitement as they advanced toward the table.

As they moved closer, the model’s masculinity became more potent. She could hear the slight lilt to his deep voice as he answered the ladies questions. His eyes crinkled sexily when he smiled. His teeth were perfectly shaped and a brilliant white.

Deanna glanced at her aunt’s table a few times, hoping to catch her eye, but Carol was busy working her crowd. While Deanna enjoyed an historical romance she’d never quite taken to the paranormal genre. Aunt Carol always mailed her advance copies, but she usually wound up giving them to Janice. She should’ve given the books a chance. Judging from the crowd, paranormal romance seemed popular. There was a steady stream of women coming and going.

Janice clutched her arm. “We’re next!”

Oh, yippie-friggin’-yay. Janice stood next to Burn. Damn, he is tall. A few inches under six-six, anyway, Deanna observed. Janice babbled nonsensical chatter while the model smiled, nodded, and signed a couple of her paperbacks.

Janice put her arm around the man’s trim waist. “Take our picture, Dean!”

Deanna raised the camera and looked up just as Burn’s searing gaze swept over her like a roll of white heat. God, his eyes had turned from black to silver again. Those special magic contacts were amazing. Holding out the camera, she clicked and hoped Janice was in the frame because she couldn’t tear her eyes away from “Sizzle” or “Burn” or whatever his name was. Deanna clicked another for good measure.

Janice took the camera and shoved her toward the leather-clad hunk. Her mouth went dry, and her insides fluttered. For God’s sake, he was only a model. Why was she so flustered?

She stepped next to him and glanced up. Oh hell yeah, very tall. He towered over her by at least a foot. His arm stretched out to clasp her shoulder, and he brought her in tight against his side. Solid, rock-hard muscle. Her insides began to churn in arousal.

She couldn’t speak. Deanna was like Ralphie in A Christmas Story, sitting on Santa’s lap. Duh…uh. No words came out.

“Her name is Deanna, but I call her Dean!” Janice sang out.

Burn gently squeezed her shoulder, and it almost brought her to her knees, his touch was so intoxicating.

Dear God. His voice, was he Irish? The tone sounded low, sexy, and rumbled deep in his impressive chest, sending shock waves through her entire body.

Then the unthinkable happened. A wash of scent covered her. Deanna could taste it in her mouth, and feel it on her skin. Was the overpowering aroma his cologne? Some guys liked to drown themselves with those tacky body sprays. Burn must have marinated himself in the swill.

Deanna wheezed and her throat closed up. Her hand clasped her throat. Trying to breathe through her nose was unsuccessful. The only thing she smelled was his spicy, musky, overpowering scent. Her eyes watered and her body trembled furiously.

Deanna fell to her knees, fighting for every breath. Strong arms encircled her and carried her from the sales floor through to a door marked Staff Only. 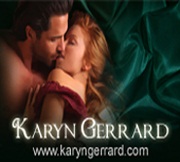 Living in a small town in a corner of Ontario, Canada, I wile away my spare time writing, reviewing and reading romance. As long as I can avoid being hit by a runaway moose here in this wilderness paradise, I assume everything is golden. Originally from the east coast of Canada, I love to set my some of my stories in the Maritime Provinces~

Happily married for a long time to my own hero, a teacher that braves everything that is thrown at him. His encouragement keeps me moving forward. 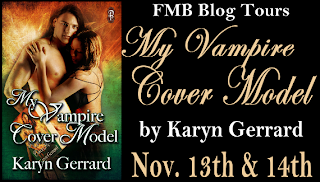