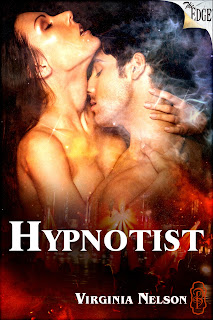 Summary: Who knew quitting could be so hot?

Carnie Sabatina wants to quit smoking, but is a hypnotist really the answer? Enter Doctor McSexy and a trip down the rabbit hole that not only breaks her bad habit, but sets her passion on fire.

Is it tempting fate to take control?

Michael Schommer’s love life crashed and burned when his ex dumped him for his best friend. Is it too much to ask for a woman who wants to share more with him than a quick roll between the sheets?

Enter Patient McHottie, whose bad habits open a Pandora’s box of secret cravings for the hypnotist and the patient...

One hypnotic suggestion sends them up in flames, but will temptation and passion be enough to turn their parlor tricks into happily ever after?

Carnie wants to quit smoking, so at her mother's suggestion, she goes to see a hypnotist. Mike just wants to find someone he can love and be loved by. Neither of them expected the passion unleashed by a simple hypnotic suggestion for Carnie to follow her instincts and take a chance to find the love they both want.

Virginia Nelson has done an amazing job creating a short story with characters that are as full of depth as those of a full length novel. Both Carnie and Mike are looking to find someone to love and be loved. They just never expected it to be with each other. This makes them very easy to relate to. Doesn't everyone want to find the very same thing? But the fact that Hypnotist is only a short novella with such an in-depth story and characters is what makes this book so great.

Hypnotist my be a part of The Edge series, but with this book, unlike some of the others, I felt that there was more emphasis on what Carnie and Mike were searching for that on their late night rendezvous.

Hypnotist was such a great, quick read. I really wish there were more to their story. Hypnotist would make a great prequel to a series, or even a stand alone novel.

As her eyelids fluttered open, a refreshed sense of peace and energy washed over her, as if she hadn’t stayed up past three a.m. then got back up at six that morning to meet a deadline.

No, not just refreshed and energized.

Flicking a glance at the man next to her, so calm and cool, she knew what she wanted.

Never having experienced that kind of immediate need for someone before, she was at a loss. She normally followed her impulses but….

He smiled at her, and it was weighted with exhaustion. He came across like a nice guy. A really nice guy.

She wanted to see him be a naughty guy.

Practicing powers of seduction she didn’t even know she had, she adjusted herself on the couch.

“Look, I am sorry that the hypnotism didn’t work on me. I mean, you gave it a shot.” She tossed her hair back, wondering for a moment how it had come down.

His lips curled slowly up. “Thanks for that.”

“Mmm. I could reward you for giving it a shot, anyway.”

One of her hands dropped to his thigh, on the couch next to her, and she caressed the tight denim. “I mean, you tried. The least I can do is give you a kiss….” 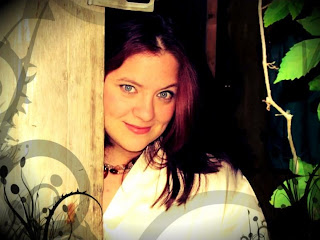 Virginia Nelson spends her days chasing three very active kids around.  When she is not doing this, or plotting taking over the world, she likes to write, play in the mud, drive far too fast and scream at inanimate objects.  She can often be found listening to music that is far too loud and typing her next fantastic tale of blood, sex and random acts of ineptitude.  Romance, in Ms. Nelson’s opinion, is not about riding off into the sunset on the back of a horse with the knight in shining armor— it is about riding the dragon.  If the knight can keep up… well, that is love.