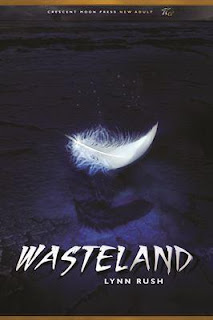 Summary: Bound by the blood contract his human mother signed four centuries ago, half-demon David Sadler, must obey his demonic Master's order to capture fifteen-year-old Jessica Hanks. But as he learns more about her, he realizes she may be the key to freedom from his dark enslavement.

The only obstacle--Jessica's distractingly beautiful Guardian, Rebeka Abbott. He must not give in to their steamy chemistry, or he will lose his humanity. But fresh off a quarter millennia of sensory deprivation as punishment for not retrieving his last target, he may not be able to resist temptation long enough to save what's left of his human soul.

Wasteland isn't your average YA or Adult novel. It has everything you love about YA, but the maturity of an Adult novel. This puts Wasteland in the virtually unknown New Adult genre. The first half of the book has the grittiness of urban fantasy and gradually gets more of the fantastical elements of paranormal romance in the second half. Lynn Rush has created a world and characters that are so fascinating to read about. Each character has a depth that you don't find very often and it's exciting each time we learn something more about them.

Wasteland opens with David Sadler, a 400-year-old half-demon just released from his 245 year punishment of sensory deprivation for failing his last assignment, being thrown into sensory overload in an Arizona dance club searching for his next Mark. David's new Mark is 15-year-old orphan Jessica Hanks. Jessica bears the Mark of Elpida, and it's not only David's Master who wants her. Standing in his way are Guardians, Beka and Russell. They are there to protect Jessica from the demons.

Jessica is a being of pure Light, called the Merus, who can cleanse those who have not become fully demon. But if she falls into the wrong hands while going through her transformation, the opposite can happen. Jessica is David's only chance of being freed from his contract, signed by his mother before he was even born, so he has a choice to make. Take her to his Master and lose his freedom forever, or help the Guardians protect her and gain more than just his freedom.

(SPOILERS) There is a moment in Wasteland that was so terrifying, heartbreaking, hopeful, and powerful. This moment is my favorite part of the whole book. It's a turning point for both David and Beka. This is the moment when David is holding Beka's head to her neck, willing her to heal and live. It was so terrifying because Beka is on the ground with a sword thrust through her body and a blade at her neck, literally giving her life to protect Jessica, and you just know that the demon is going to behead her. It was heartbreaking because David is begging Beka to fight, but all he can do is watch as the demon swings his blade though her neck, watching as the woman he loves is being murdered right before his eyes. It's hopeful because, while David is helplessly willing Beka to live, she is healing and her heart begins to beat again. You can feel David's relief in knowing that she's going to live. And finally, this moment is so powerful because it shows the strength of David's love for Beka, but it's also David's breaking point. If Beka had died David would have had no reason to keep fighting his demon. It's also the moment when David and Beka became connected. When David was holding Beka together, their blood mixed together, effectively making their "hearts beat as one." That one line really sums everything up.

Now that the Guardians have their King and Queen, the Dark Angel and White Angel, the demons have lost a lot of power. I can't wait to read Awaited and see what happens in the next adventure. 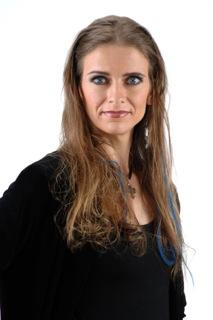 Driven to write, Lynn Rush often sees her characters by closing her eyes watching their story unfold in her mind. Lynn Rush is a pen name that is a combination of two sources – Lynn, the first name of her mother-in-law, who passed away and Rush – since the author is a former inline speed skater and mountain biker. All of Rush’s books are dedicated to Lynn, her namesake.

Rush holds a degree in psychology from Southwest Minnesota State University and a master's degree from the University of Iowa. Originally from Minneapolis, Rush currently enjoys living in the Arizona sunshine by road biking nearly 100 miles per week with her husband of 15 years and jogging with her two loveable Shetland Sheep dogs.

QUOTES and TEASERS from AWAITED:


Annabelle looked down at me with smiling eyes. Like from my dreams. Actually, this very moment reminded me of a dream from only two nights before I boarded that fatal flight. Darkness surrounded her, yet her face, no her smile, beamed as if highlighted by the moon above. Strands of hair shifted in the breeze making for a bronzed halo around her illuminated face.

I paused, raining kisses at her throat, wishing they’d coax her voice box into working. I pressed my forehead to hers, working to catch my breath. “Let me hear you, Belle. Talk with me.”
A tear glistened and carved a path over her cheek. What had they done to her that she would choose to be forever silent?

CHECK OUT THE PREQUEL TO THE WASTELAND SERIES!

For a slave, hope is a dangerous thing…

Margaret Rousseau dreams of freedom from a life of servitude. When a mysterious woman saunters into the servants’ tavern promising the impossible, Margaret dares to hope she could win the heart of the one man she has secretly coveted since she first wore a corset...

Margaret desperately grasps for the opportunity to change her bleak destiny by placing faith in a woman who is not as forthcoming as she seems. Blinded to the stranger’s dark motives, Margaret surrenders herself to gain her heart’s desires.

But her choice may bring forth a darkness that could destroy all she holds dear. 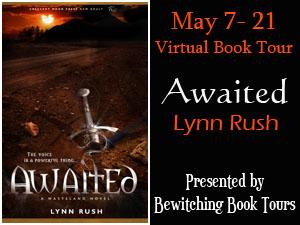