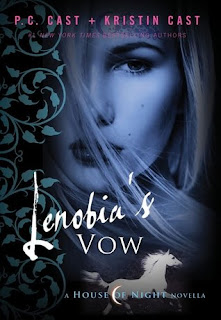 Tagline(s): A great journey... A new love... A dark secret revealed / Caught between two separate lives and face-to-face with utter evil, how far will one girl go to follow her heart?

Summary: Evreux, France, 1788: Before she becomes Zoey's favorite professor and the House of Night's fearless horse mistress, Lenobia is just a normal sixteen-year-old girl--with enough problems to last a lifetime. As the illegitimate daughter of a powerful baron, she has never quite belonged, and instead has to watch her spoiled half-sister, Cecile, get anything she wants. As if that's not enough, her remarkable beauty draws unwanted attention wherever she goes. For once, she would just like to fit in.

But when fate intervenes, Lenobia suddenly finds herself surrounded by other girls on a ship bound for New Orleans, where they will be married off to the city's richest Frenchmen. And they're not alone. An evil bishop who is skilled in dark magic makes the same journey. His appetite for lovely young women makes him dangerous--most of all to Lenobia, who caught his eye back in Fance. So she remains hidden, making secret visits to the ship's stables, where a handsome young man and his beautiful Percheron horses soon capture her attention.

Will they make it to land before the bishop discovers her true identity and a powerful evil breaks loose? And will Lenobia follow her heart, even if it puts lives at risk? Find out more about one of your favorite professors in the next heart-thumping House of Night novella.

In Lenobia's Vow, we see Lenobia's past and the events that eventually brought her to the House of Night and Nyx. Lenobia's story is full of hopefulness, terror, and heartbreak.

(SPOILERS)We see the hope of a young woman wanting to find love and happiness in the New World; but that hope is threatened by an evil man, steeped in Darkness, stalking her every move. But Lenobia finds a Light in that Darkness that keeps her hope from burning out. Upon arrival in New Orleans, Lenobia falls terribly ill and is left in the care of the evil bishop. His unholy plans are thwarted when a Vampyre Tracker Marks Lenobia as a fledgling. But he doesn't give up that easily, and when Lenobia's Martin comes to her aid, he meets a heartbreaking end. But to ensure Lenobia's safety, he makes sure to take the bishop with him. Heartbroken over the loss of her love, Lenobia leaves for the House of Night, and as she leaves the burning city behind, she reinforces her vow to never love another man for as long as she lives.

We get a peek at how the world was in the 18th century. Slavery was going strong and the Catholics lead with and iron fist. But we also see that in the New World, New Orleans specifically, that there was more leniency in the acceptance of different peoples. Those traveling to the New World in the 18th century were like those who came to America in the 20th century hoping to live the American Dream. The hope for a better and happier life.

I loved reading Lenobia's story and finding out why she refuses to feel anything for another man and what she meant when she said she's encountered Darkness before. We also get to see that her love for horses came well before she was ever Marked.

(SPOILERS)Then there's Martin! He's just so sweet! I loved the vow they made to each other to only love the other and no one else. It was really heartbreaking at the end when he promised Lenobia that he would love her forever and that he would find her again. But if my suspicions are correct, he has! In the form of Lenobia's cowboy (sorry, I can't remember his name) who we met in Destined. It can't be a coincidence that he arrived with a Percheron and sporting those gorgeous green eyes. The appearance may change, but the eyes never do. I can't wait to see if I'm right and if Lenobia will figure it out or continue to push him away.

One thing I was kind of disappointed about was that, unlike in Dragon's Oath, there wasn't a clear connection from the past to the present. 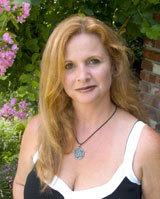 P.C. Cast was born in Watseka, Illinois, and grew up being shuttled back-and-forth between Illinois and Oklahoma, which is where she fell in love with Quarter Horses and mythology (at about the same time). After high school she joined the United States Air Force and began public speaking and writing. Since her tour in the USAF, she has been speaking and teaching professionally. 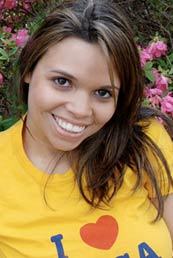 At 19-years-old, Kristin is thrilled to be coauthoring the YA series, THE HOUSE OF NIGHT, with her mother. The first book in the series will be her first published novel. She has won awards for her poetry, as well as served as journalist for her intermediate high school newspaper, Tiger Tales, and as editor for her high school magazine, Tiger Eye. Kristin attends Northeastern State University in Tahlequah, Oklahoma, and is working hard to fulfill her goal of becoming a veterinarian without bankrupting her mother. One of the Scottinators belong to her, although we’re not telling either of the dogs that she’s going to someday be their veterinarian. Kristin would love to hear from her fans, and can also be reached through her mother’s website.
Posted by Christina @ Biblio Thoughts at 2:48 PM