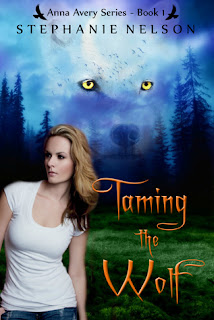 Summary: Attacked by a wolf while hiking, Anna Avery's life just got a little hairier. Living in the Big Horn mountains in Wyoming, with a group of werewolves who are more animal than human, Anna must try to hold onto her human side.

It's not easy when the alpha continues to persuade her into his bed, while another wolf is chomping at the bit to become her mate. To top it all off, dead bodies are showing up and it just so happens that Anna was the last to see them alive. She'll have to work to prove her innocence and taming the wolf who bites first and asks questions never.

Three months ago, Anna Avery was attacked in the woods by a wolf while jogging. Anna was found close to death by Adam Everwood, the alpha of the Everwood Pack. Now, three months after her attack, Anna is a functioning member of the pack, but because she's the newest member she's at the bottom of the pack order. She does the chores, gets her meals last, and is supposed to be submissive to those above her.

But there is just something clawing its way out that won't allow her to cower. Anna sees herself as being equal to the alphas, and Adam begins noticing that she may very well be his equal. Eve, the alpha female, notices this change too, and it's made worse when Adam begins showing interest in Anna, therefore threatening Eve's place in the pack.

As this power struggle continues, humans are turning up mauled to death. With each new attack, Anna has a dream-vision of it happening. Scared of what these visions could mean for her, Anna keeps them to herself. But as more humans are turning up dead, the Leaders are called in to investigate, and Anna is the number one suspect.

I couldn't help but love Anna. She's supposed to be the small submissive at the bottom, but she's way more assertive than a submissive should be. I love that she doesn't back down from Adam and looks him right in the eye. Another thing I really liked about Anna was her morals. She won't give herself to just anyone, and she won't become the mate to someone who doesn't love her. The one she chooses for her mate has to be hers completely, just as she would be his completely.

It is mentioned multiple times that Anna is the only snow white wolf in the pack, and it is believed that it could be a sign of great things in her future. In the three months that she's been in the pack, though, Anna hasn't shown any special abilities or the like. Though it's questionable that the dream-visions she's been having are the abilities of a seer, because Anna's fur color is emphasized many times, I feel there has to be something special about her. Maybe even Adam's coloring being exactly opposite of Anna's means something. Anna is snow white and Adam is jet black. Or I could be reading way too into things.

And maybe their colors even have a little something to do with them being each others "Chante." A wolf's chante is his or her heart, their soul mate, their other half. When I thought of their coloring and being each others chante, it made me think of a ying-yang, they each are a half of a whole.

The discovery behind the reason for Adam and Anna's attraction wasn't smooth and was quite a bumpy, sometimes painful process. Neither can understand why they feel such a strong draw to each other, and both try to push against it. But when Anna's life is in danger, they choose to give in for a night that may be their first and last. It's after that that they know the chante legend is true. I'm glad that this wasn't an instant relationship. There were obstacles at every turn. But the end result was worth waiting for.

There was a surprise revelation concerning Eve that left me reeling. Not to mention why she framed Anna for the killings (it's kind of obvious from the beginning who how jealous she was of Anna that she was the one behind it). Murder, jealousy, and revenge reign supreme where Eve is concerned.

Taming the Wolf was an exciting read and I can't wait to read the next story of Anna Avery. 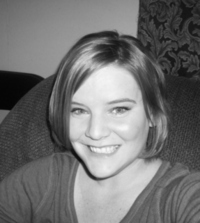 Unlike most authors, Stephanie Nelson didn't dream of becoming a writer. Her interest laid in photography. It wasn't until four years ago when she picked up her first paranormal romance book and fell in love. Books became her addiction and the local bookstore her favorite place to visit. It wasn't long before her own stories began to form and nag her to try her hand at writing. After countless attempts, Stephanie ended up giving up on writing for a while. But her imagination wouldn't allow her to quit. Deciding to give it another shot, Stephanie began to write the Gwen Sparks series. The first book in the series, Craved was published seven months later and reached #1 on Amazon's bestseller list and #6 on the Barnes and Noble bestseller list.

Stephanie resides in the Midwest with her husband and their furry children. When she manages to pull herself away from the computer, she enjoys traveling, fishing, playing board games and spending time with her family.