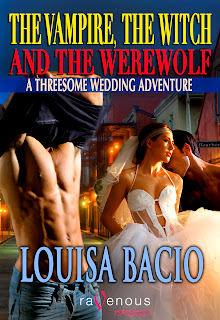 Summary: Planning a wedding can be stressful and crazy-making. Planning three weddings at the same time? That’s insanity. While The Vampire, The Witch & The Werewolf embark on a nuptial excursion, Silver & Nick hold down the home fortress in New Orleans.

And as if everyone doesn’t have enough to deal with, the Voodoo King comes calling with a magic elixir that diminishes sexual inhibitions and an eerie quiet spreads across the French Quarter. Life as they know it may never be the same.

REVIEW WILL BE POSTED LATER. SORRY FOR THE INCONVENIENCE. 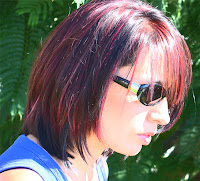 Louisa Bacio enjoys soaking up the sun in Southern California, and spending time with her family.

Bacio’s work includes the Sex University series, with her debut novel Physical Education and the follow-up All-Girls Academy. Her story “Two’s Company” can be found in I Kissed a Girl: A Virgin Lesbian Anthology. Other short stories can be found in the Seducing the Myth anthology, and Rekindled: An Anthology of Reunited Lovers.

Drop in for a visit


Available via http://www.ravenousromance.com/ and
other Online retailers.

The division remains between paper vs. plastic (the eReader). It used to be that I was a hard-core paper lover. My home office shelves overfill with hardback, paperbacks, magazines galore. The first writing conferences I attended years ago, I carted home boxes of extra books … many of which then sat on my office floor unread.

When eReaders came on the market, my husband “encouraged” me to jump on as an early-adapter. He figured less clutter in the house. For the most, part, that’s proved true. Still, I come home from my monthly chapter meetings with OCCRWA with signed copies of the latest releases. Because at a chapter event, there really isn’t a way to purchase ebooks. Or is there?

I wonder. After going to the RT Conference earlier this year, and seeing the ebook signing with electronic copies sold via All Romance eBooks, it’s made me wonder. Maybe.

Still, there are those moments when only paperback will do. Like in that first 20 minutes of an airplane ride when electronic devices cannot be used. (I do hear that some airlines are considering changing that law.) Or on the beach or in the bathtub. If you drop your $6.99 romance in the bath water, you can usually let it dry out and pick up the crinkled reader. If it’s a $100 reader … you’re out of luck.

Then there are those authors like Stephen King, one of my absolute favorites, who releases in hardback first and then electronically a month later. If you’re a fan, you want it right away. The last time I carted around one of his 1,000-page novels – The Dome – I cursed him though. It was simply bulky and unmanly to lug. I swore that next time I’ll wait that extra period for convenience’s sake.

Notice how I haven’t talked environment yet. It’s one of those benefits that people usually list. For me, ultimately, it comes down to the story – I like a good book, and whether that’s paper or plastic doesn’t really make too much of a difference.

From one bibliophile to another – thank you for hosting me! I greatly appreciate it. 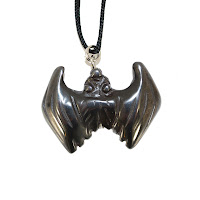 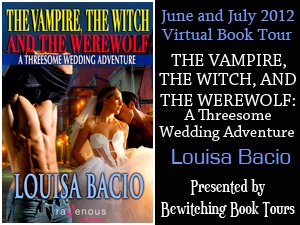 Tour Hosted by Bewitching Book Tours
Posted by Christina @ Biblio Thoughts at 12:00 AM