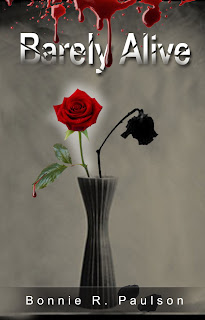 Summary: In twelve weeks, seventeen-year-old Paul Ledger will be dead. At least he hopes so.

Paul is trapped in the worst cult the United States has ever seen. Infected with a zombie virus, symptoms culminate in a dead body but thriving mind over a course of twelve weeks. If he doesn’t earn the final death he longs for, he’ll be chained in a basement facility, moaning for human flesh for eternity.

Sent out to kidnap girls for food, toys, or whatever the boss wants, Paul nabs Heather McCain. He’s not a fan of humans as a general rule, but even his graying skin and insatiable hunger for her flesh don’t stop her from reaching out to him. Give him the second chance he doesn’t know he needs.

Overcome by his cravings, Paul bites her delectable skin. Amazingly, she doesn’t develop the zombie-like side effects. When the boss discovers Heather’s immunity, he gives Paul an ultimatum – deliver up Heather and her family to continue the research or watch as Paul’s brother suffers the zombie fate.

Paul has a chance to endure his short zombie existence knowing his brother is safe. But he’ll have to sacrifice Heather to do it.

Everyone has heroes. Some like Spiderman, Batman, the Avengers, sure, even the Teenage Mutant Ninja Turtles are awesome, but James’s hero is a bit closer to home. His big brother Paul. And when Dominic changes James to match Paul, a small part of James is glad – another trait he and Paul have in common.

They’re different in looks like peanut butter and jelly. James is tall and thin – a runner, while Paul is huskier like a football player. Girls like muscles and, oh man, the girls like Paul.

James’s favorite memory with his brother involves dirt biking. They rode all over the place as kids and James missed their time together. Since the escape to Idaho, James has enjoyed more time with his brother. He’s not too fond of the virus, but hunting together and fighting Dominic has made him feel like his family is on the mend. 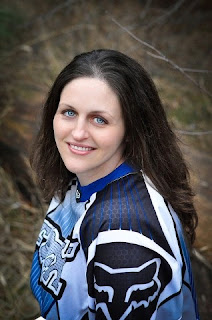 Bonnie R. Paulson mixes her science and medical background with reality and possibilities to make even myths seem likely and give every romance the genetic strength to survive. Bonnie has discovered a dark and twisty turn in her writing that she hopes you enjoy as much as she has enjoyed uncovering it. Dirt biking with her family in the Northwest keeps her sane.

Posted by Christina @ Biblio Thoughts at 12:02 AM